Was the Watchmaker completely blind? 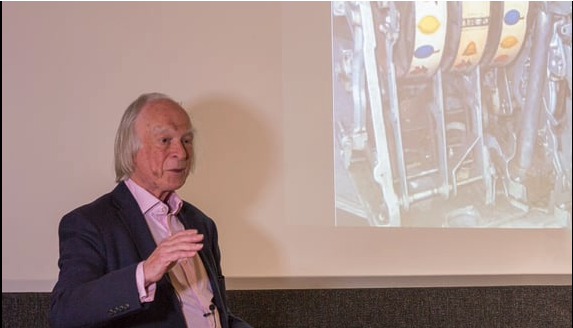 Book Launch at The Physiological Society in London November 2016 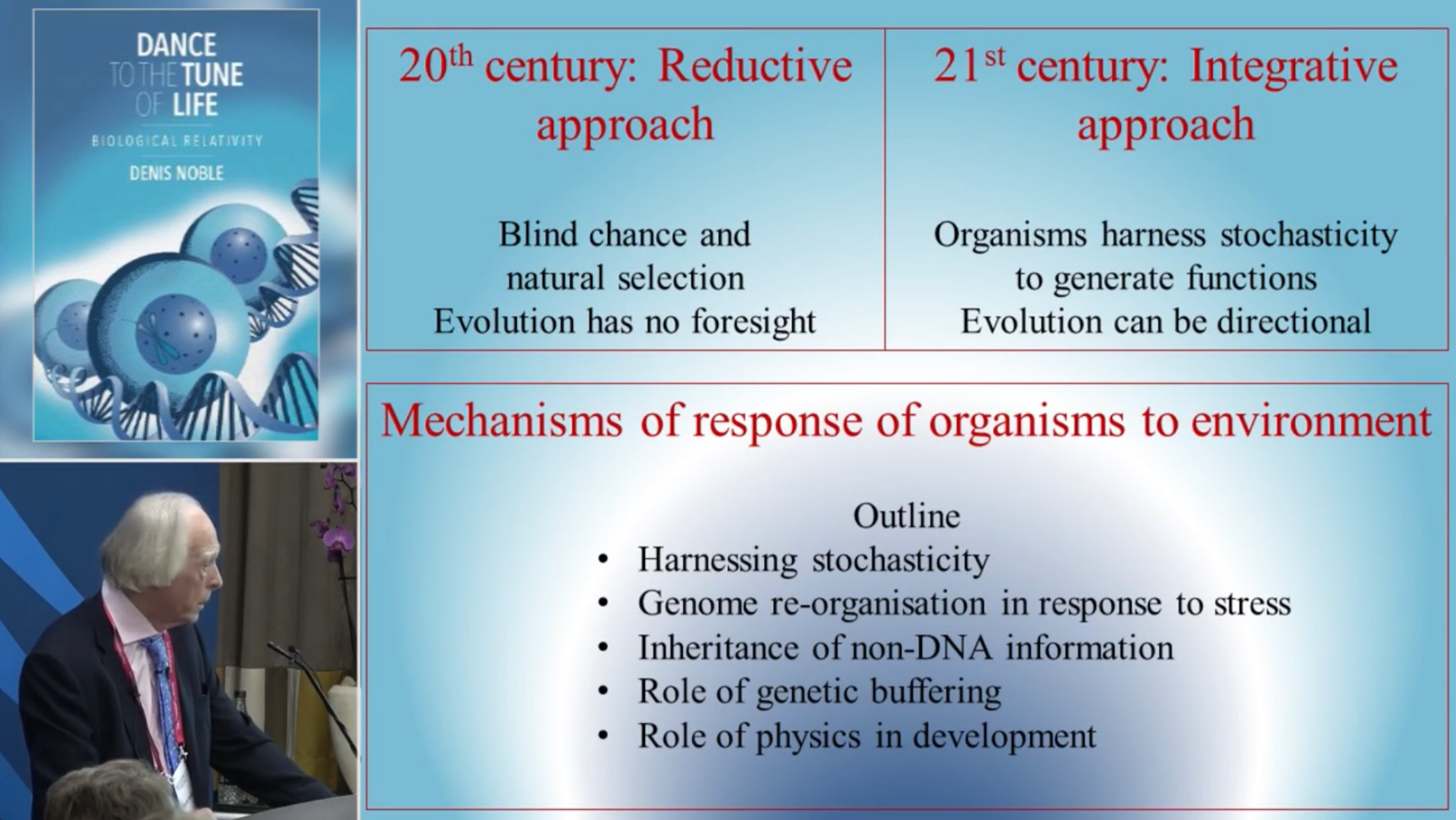 “the lions met a brick wall”

Evolution and the one-eyed watchmaker 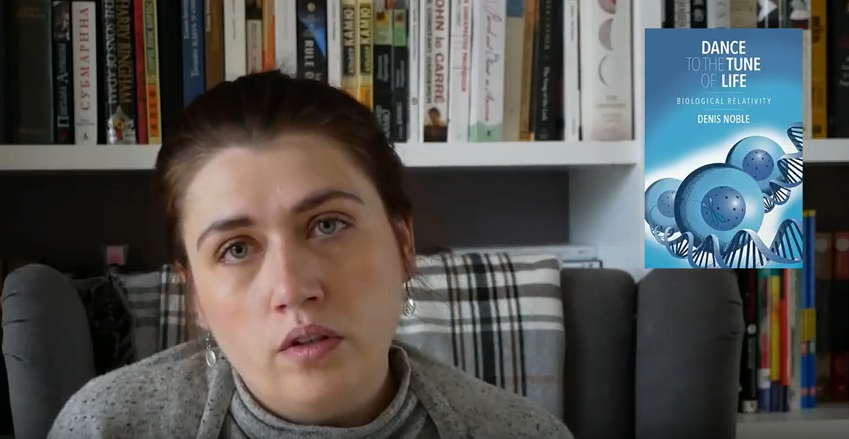 Accolade for best review of 2019 goes to Jake Keenan on Amazon.com:

The next leap in biology is here

This is a great book that I am surprised is not more widely known. Noble demolishes the Neo-Darwinist version of evolution and outlines a systems version of Darwinism. He knows his subject; he writes clearly and accessibly; he puts his insights in the larger contexts from history, various research traditions, philosophy, and even theology; and he makes the case that evolutionary theory is seriously incomplete. This book will surely be a milestone as the movement to clarify evolutionary principles gains strength.
Jake Keenan (February 2019)

…it’s great that a person of Noble’s stature has taken the time to write such a careful book…
Biological Relativity has the potential for bringing new insights into economics, sociology and many other disciplines (link to complete Amazon.com review)

‘Among its many merits, this remarkable book deserves to become a classic text in the philosophy of science. Almost alone among philosophers of science, Noble is a practising scientist; and unusually among practising scientists, he is an accomplished philosopher. His book brings out, with unparalleled clarity, how the scientific endeavour involves not only empirical inquiry but also conceptual structure. Noble shows how, on the negative side, popular presentations of sound biological results may be vitiated by bad metaphysics, and how, on the positive side, science and philosophy may extend the boundaries of knowledge by a unified epistemology. He ends, however, with a salutary warning that there may well be a limit to the human capacity to know the answers to ultimate questions.’
Sir Anthony Kenny, University of Oxford

‘I think this a marvellous book. Denis Noble emphasises that genes, organs and systems dance to the tune of the organism its social and physical environment. He sets the relativity of biology in a remarkable scientific sweep, ranging from cosmology to human belief systems. He reminds me of another great biologist, C.H. Waddington, to whom Noble pays handsome tribute. Writing with clarity and charm, Noble attempts to break down silos of knowledge inhabited by scientists who fail to come out and engage with others. Self-serving priesthoods have never been attractive. Broadening minds in an era of intense specialisation is more important than ever. Noble deserves to be successful in his desire to do just that and I hope that he will be.’
Sir Patrick Bateson, University of Cambridge

‘In my view Dance to The Tune of Life is a ‘must read’. In it Denis Noble lucidly deconstructs how and why reductionism came to prominence in biology and led to the current state of molecular Humpty-Dumptyism. His central idea that there is no privileged level of causation is the first conceptual step to putting Humpty Dumpty back together again.’
Michael J. Joyner, Mayo Clinic, Minnesota

‘Denis Noble is renowned for his mission to reintegrate the physiological sciences with mainstream biology, including evolutionary theory. His new book combines clear exposition of basic principles with many valuable examples. He gives the reader, general or expert, a completely new view of life.’
Yung E Earm, Seoul National University, South Korea

‘Dance to the Tune of Life is one of the most fascinating and impressive books I have ever read. Denis Noble, a world-renowned physiologist and systems biologist, has revolutionized our traditional notion of the nature of life. The title Dance to the Tune of Life mirrors the essence of the argument of the book. The life emerges from numerous biological processes at different scales and levels. Such actors and actresses, stage properties, and stage are not separately present they act together in harmony, dancing to a tune with a music performed by an orchestra, an organism. By describing his research experiences and achievements on the cardiac rhythm evolutionary biology, medicine, and philosophy, Denis has not only provided us with very modern knowledge of the biological reactions and their network but also described to us the nature of life. I believe that this book impacts everyone involved in biomedicine.’
Yoshihisa Kurachi, Osaka University, Japan

‘Having demolished the ‘Selfish Gene’ fiction, Noble in this marvelous book moves both science and philosophy from an antiquated ‘either/or’ static model to an ‘and’ model. ‘Dance” shows elegantly and brilliantly that from the miracle of the ancient symbiosis of mitochondrial bacterial remnants in human cells, through the rock-solid interrelationship between genes and the feedback from the environment in all senses – from the core phenomenon of functional epigenetics, to the universe itself and our place in it – that we are, at heart, inter-beings, co-arising.’
Samuel Shem, New York University

‘Denis Noble is a pioneer in understanding human physiology through quantitative studies linking behaviour across multiple scales of biological organization – from proteins to cells, tissues, organs and organ systems. These studies have led him to characterize biological function in terms of a Principle of Biological Relativity: there is no privileged level of causation in biology, because living organisms are multilevel open stochastic systems in which the behaviour at any level depends on higher and lower levels, and so cannot be fully understood in isolation. This engaging book defends this view in depth, and thereby also provides strong support for an extended synthesis of evolutionary theory that goes beyond the Modern Synthesis of Neo-Darwinism. It is highly recommended as a thoughtful study of the kind of complexity real living organisms display.’
George Ellis FRS, University of Cape Town, South Africa